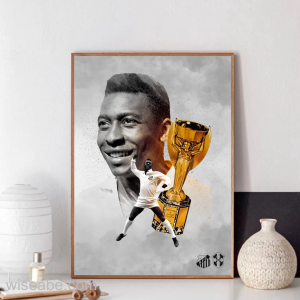 Our Pele Poster has unique design Rest In Peace Pele King Of Football.